How do I apply for a dispensary license in my state?

However, as the industry continues to grow, we are not going to remain limited with those fives during 2021. Already, several states are attempting to legalize recreational marijuana usage, with places like New York have successfully passed legislation for adult use of cannabis.

Needless to say, there are going to be plenty of opportunities for upcoming entrepreneurs to take advance of this growing industry. However, entrepreneurs who want to own and operate a dispensary in the legal cannabis supply chain cannot just set up shop and open doors. To become a part of this industry, you need to get a dispensary license first, and it can be challenging to do so, depending on the state.

This article will introduce you to the step you need to take to get a cannabis license within the United States. Although you need to understand that licensing laws and operational laws vary from state to state, and you need to read them thoroughly if you want to have a chance at acquiring a license.

Applying for and acquiring your local and state licenses is the first obstacle to opening your own dispensary. The process is complicated, and your goal needs to be an early winner on the quest for first-round licensing in your area. There is a good chance you want to have another opportunity a few years from now.

Every state shall have its own marijuana licensing requirement for operation procedures, operational practices, facility design, facility location, inventory control, product offerings, and security features. You will need to present your best ideas and have a consistent narrative to submit a successful final draft for your application.

Once that has been accomplished, your application shall reveal your comprehensive skill set, your excellent ideas, and a thoughtful, consistent narrative that makes your application unique and compelling.

The most crucial part to remember, as you work at acquiring your license application is, to be honest, and very thorough. Explain everything in detail to show the reviewers that you have done your planning and preparation appropriately. Application reviewers want to make sure that if they grant you a dispensary license, your business can be up and running with no delays or issues that could jeopardize the state’s cannabis program. Show the reviewers they can be confident in you and your business model.

Remember, some states have multiple applications, and every state’s application differs from one another. The application process is different as well, with some states including particular scoring criteria. For instance, the criteria could include info regarding:

You may need to provide a ton of information, so make sure you don’t rush through the process. It can take some time to produce a high-quality application. Some cannabis businesses submit applications that can be over thousands of pages long. Hence why you should not rush through this process quickly.

Here are the following state’s licensing programs. Each of these shows a range of varying approaches for the regulation of the marijuana business and your cannabis industry business plan.

Alaska’s laws grant the use of both medical and recreational marijuana. You can apply for a Marijuana Establishment License online, with supplemental application documents for cultivation facilities, testing facilities, product manufacturing facilities, retail stores, marijuana handler permits, and more.

The Arizona Department of Health Services currently has a medical marijuana program and is accepting dispensary registration certificate applications. At the moment, it’s not possible to set up a cultivation facility without having a license for a dispensary.

The Arkansas Medical Marijuana Commission is the one handling the state medical marijuana program. The Commission has applications for both dispensary and cultivation facility licenses.

California has made it legal to sell medical and recreational marijuana as long as the seller has both a local and state license. This state has three licensing authorities, the CalCannabis Cultivation Licensing, The Bureau of Cannabis Control, and the Manufactured Cannabis Safety Branch. The type of licenses you want to acquire will be determined by which agency issues these licenses.

The Connecticut Department of Consumer Protection is in charge of the state’s medical-marijuana program. The state is also accepting applications and issues licenses for dispensary and producers periodically. However, only three to ten licenses are awarded at a time.

The Office of Medical Marijuana Use is the one in charge of writing and implementing the department’s rules. They also license businesses for cultivating, processing, and dispensing marijuana.

The Hawaii Department of Health is the one in charge of administering the Medical Cannabis Program. At the moment, the Department has only issued a limited amount of dispensary licenses statewide. It’s unsure if they are going to be issued any more in the coming future.

The ones that are responsible for issuing licenses of dispensaries in this state would be the Department of Financial and Professional Regulations. When it comes to cultivation centers, you need to head to the Department of Agriculture to register for an application.

The Division of Public Health systems is in charge of the Medical Use of Marijuana program. Licenses for dispensaries are provided but rarely become available. At the moment, the state only has a few dispensaries in operation.

The Maryland Medical Cannabis Commission handles all of the policies, procedures, and regulations for medical marijuana usage. So far, they have managed to issue hundreds of medical cannabis dispensaries for pre-approval. Some of those have already been approved, while others are currently on stage two of the approval process.

To acquire a license in compliance with the state’s Adult Use of Marijuana law passed in 2016, you need to apply at the Cannabis Control Commission.

The Bureau of Medical Marijuana Regulation is responsible for overseeing medical marijuana and is made up of the Medical Marijuana Program and the Facility Licensing Division. The Department of Licensing and Regulatory Affairs is also accepting applications for cultivators, processors, transporters, provisioning centers, and safety compliance facilities.

The Montana Department of Public Health and Human Service is in charge of the state medical marijuana program. Applications for dispensaries, providers, and testing laboratory licenses are open periodically.

For Nevada applications, the one in charge of licensing and regulating retail marijuana is the Department of Taxation.  Nevada also offers licenses for distributors and growers, but citizens of Nevada are banned from growing their own unless they live more than 25 miles from a licensed dispensary.

The New Hampshire Department of Health and Human Services handles the administration of the Therapeutic Cannabis Program. The Department has established four Alternative Treatment Centers. When it comes to their dispensary licenses, they are not issuing any additional medical licenses at the moment.

The New Jersey Department of Health is in charge of the state’s Medicinal Marijuana Program. The state licensed business is known as Alternative Treatment Centers for the production and distribution of medical marijuana.

The New Mexico Department of Health is the one that handles the Medical Cannabis Program.

New York’s Department of Health is the one who handles the Medical Marijuana Program. For the manufacturing and dispensary of marijuana, you need to be a Registered Organization. With the recent legalization of recreational marijuana, things are most likely to change, so keeping a close eye on regulation changes is a must for this location.

For Washington, you need to have a marijuana licensee to produce process, or retail cannabis. The Washing State Liquor and Cannabis Board are responsible for marijuana licensing, but they are not accepting applications for licenses.

While it is considered legal to use cannabis recreationally, there are no retail establishments selling marijuana for recreational usage. The D.C. Department of Health has a Medical Marijuana Program, but they are not accepting applications at the moment.

Plenty of states and localities are restricting the number of dispensaries or limited their size. It is a common barrier to start a cannabis business including, high application fees, strict regulation, and stringent financial reporting and management needs.

Applying for your dispensary license in your state will be challenging to pull off. Some of these are not even allowing for the current application of licenses as well. If so, you may consider moving to another state that is currently offering permits for dispensaries. Keep in mind that rushing through your application forms will restrict you from potentially getting a license, so take your time filling out the application. 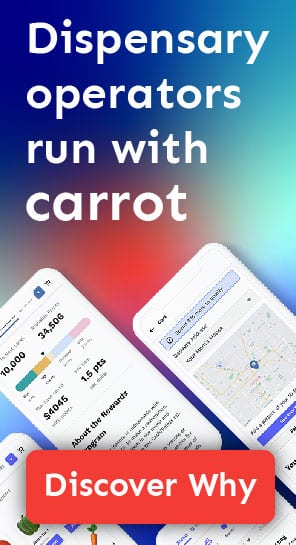